All about creating photo-realistic rendering in Fusion 360

What’s in the course

Fusion 360 has a powerful rendering engine and you can use it to create photorealistic renderings of your 3D models. In this project-based course, I have used a classical camera as a project to explain everything about rendering in Fusion 360.

In this course, you will learn about all the three methods of rendering 3D objects i.e Local rendering, In canvas rendering and cloud rendering.

You will also learn to customize the existing materials and create your own texture using custom images and bump maps.

The course also includes some advanced rendering features like making animated turntable rendering and post-processing of the rendered image in Fusion cloud.

Who should take this course

This course is for an intermediate level user who has a basic understanding of 3D modelling tools in Fusion 360.

This course is compatible with Fusion 360 on Windows as well as Mac operating system. 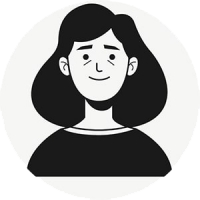 "I found the course to be very helpful in that you had to complete various tasks in order to get from the first stage to the last. You could also rewind and listen back to comments until you really understood them. I liked that there was practical and visual tuition."

Ready to get started? Start your 7-day free trial now